Is the Dockatot worth it?

My original post was from 2017 when I only had two toddlers and we were obsessed with our Dockatot Grand.  Fast forward and we added another babe and we of course added the Deluxe.  Three kids later and the Dockatot is still worth it!

The Dockatot was designed for 0-36 months and we have used it in every stage.  My children have never been great sleepers but the Dockatot sure made things easier.

Dockatot is non-toxic, womb-like, lounger and sleeper for babies.  It creates a nest like area for babies to hang out in and co-sleep if they wish.

I know there are several sides to the safe sleep conversation and I would never advise another parent on what they should do.  I personally was firmly against bed-sharing before my first baby was born.  Once she arrived she was firmly against sleeping on her own and we slowly eased our way into bedsharing.

The Dockatot can be used for cosleeping but it can also be used as a lounger, hang out spot, and other supervised activities.

Once your child is old enough the Dockatot can also be transitioned to a toddler bed in order to make your child more comfortable sleeping in their own space. 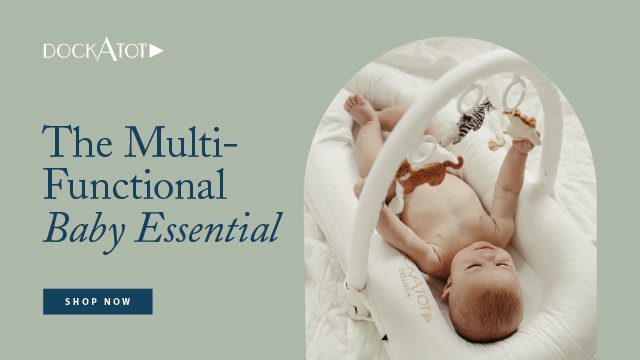 Updated: Dockatot is Worth it in the Infant Stage

The Dockatot is amazingly helpful when you have a newborn.  It’s beautiful, it travels well and most of all it helps your baby get comfortable and sleep!

With newborns sleeping all the time its great to be able to tote the dockatot everywhere with you, just in case someone needs a little power nap.

With two bigger sisters, it was also nice to be able to bring the Dockatot into our playroom and give the baby a safe, comfortable place to hang out while the rest of us played.

our toddler either sleeps great every night OR like mine, they have horrible sleep habits no matter what you do. Just to state my personal stance here, I LOVE co-sleeping. I have both my little girls in my bed every night. We have a king-size bed and it works for us.

(Somehow, even though my oldest two now have their own rooms they still manage to worm their way into our bed almost every night)

What I don’t like is that my 19-month-old is still waking me up to nurse several times a night. She won’t self-soothe and she won’t take a paci.

My almost 4-year-old is starting to show interest in sleeping in her own bed, which we have in our room. The problem is she is still waking up at night, crawling back in our bed and waking up dad, sister (who must be nursed back to sleep), and me. Every. Single. Night.

If you are like me, I’m sure you’ve tried everything. Special soothing bath soaps and lotions. Calm down sessions before bed. Special blankets or dolls to sleep with. You’ve read the books, read the blogs that PROMISE to give you awesome advice that will change your life. Only it’s still not working for you.

My First Encounter with the Docatot

Yes, I was there. Then, one day I am perusing Instagram during naptime and I see a fellow mom raving over this new “baby nest” that’s helping her baby sleep better. Intrigued, I check out her post, she swears by this DockAtot bed thing. Hmm.

I check it out and HOLY COW the price! No way Jose!

A few weeks go by, still horrible sleep from my two. I see another couple of moms, this time on blogs and Pinterest talking about DockATot like it should be winning the Nobel Peace Prize or something.

So this time, I bring it up to my husband and he is all “HOLY COW that price!”

Another few weeks go by and now we are living with my parents because Hurricane Irma dropped a tree on our house. No king size bed anymore and the sleep is even worse. I am desperate at this point. I’m basically homeless, stressed, and beyond tired.

I think, who cares about a price tag if this thing can just give me 5 more min of sleep??

Oh mama, I am getting so much more than 5 min of sleep. The DockATot really is all those things. It is worth all the praise and yes, if it was up for a Nobel Peace Prize it would be getting my vote.

Why do I think the Dockatot is Worth it?

One of the things I love most about the DockaTot grand is it works great for BOTH my girls. The bed is HUGE. It’s totally multifunctional.

My big girl can snuggle up into it and watch TV in the afternoon. It makes a perfect lounger for her! If we still had a toddler bed (thanks again Irma) it would fit perfectly on top of her mattress to create a perfect nest to sleep in. My baby girl can use it to nap in or to sleep in…ALL NIGHT LONG.

The reason the kids love it so much is it cuddles them. When they are sleeping and they start to change positions they roll into the side and it’s like rolling into my body. They feel a comforting presence and are automatically soothed and reassured.

It’s also amazingly breathable. As Floridians, we are constantly having issues with getting too hot while we sleep. Especially with all of us in one room. The DockaTot is made of breathable material that prevents your child from getting too hot. Just one less obstacle to overcome in the sleep game!

At 19 months old the DockATot is a lifesaver for my youngest! She has always been cuddled to sleep and now with the DockATot, she is able to settle herself into sleep. It allows her to have her own sleeping space but still be in our bed or in our room.

Dockatot Will Give you Peace of Mind

Not only does your baby LOVE DockATot but so does mom. The quality and safety of a DockATot are incomparable to anything else on the market. I love that the fabric and the bed are both breathable. Your child should ALWAYS be laid to sleep on their back as that is the safest.

I have side sleepers, no matter how hard I try to keep them on their backs. I watched my girl roll onto her side in the DockATot and completely smash her face into the side a few nights ago. Even at 19 months old this would have normally freaked me out. However, her breathing never changed and I could tell how completely unrestricted the airflow was for her.

The ability to put my child to sleep and feel completely safe about her sleeping in a room alone is totally liberating!

I promise going for the Dockatot will be a great investment in your sanity. It can help with so many things in your new motherhood journey! Give it a try! 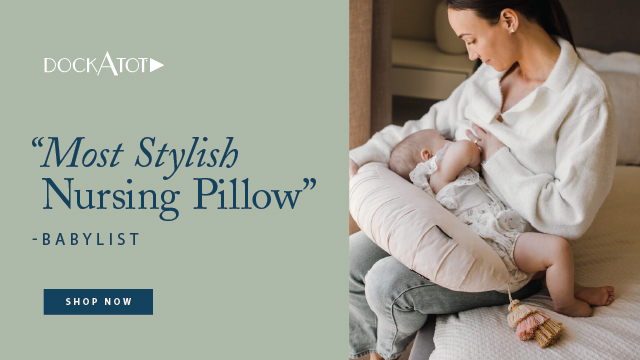 This site uses Akismet to reduce spam. Learn how your comment data is processed.

I’m wife to my high school sweetheart, and mama to three little girls: Everleigh, Magnolia & Juniper. I LOVE motherhood, holidays and hot chocolate. I crave efficiency and NEED to figure out the easiest and best way to do EVERYTHING. Life is short & I refuse to waste it on being boring.

Connect with Me Everywhere

A Few Of My Favorite Things

A few of my favorites. Hold em close 💕

The highlight of my day 🥰 I made a little “ye

Life is the messy bits.

No matter what this year has brought, and for many

My favorite Christmas tradition 😍 Everleigh and

Is it really Friday without a trip to Target with

Happy 2nd Birthday to the light of my life 🥰

Any cookies that may not be particularly necessary for the website to function and is used specifically to collect user personal data via analytics, ads, other embedded contents are termed as non-necessary cookies. It is mandatory to procure user consent prior to running these cookies on your website.